How To Find Freelance Translators And Why It Makes Sense

In this article, I will look at how to find freelance translators and what the benefits are of finding these elusive creatures.

Although this article focuses on translation, most of it also applies to other services, such as language training.

Large companies often have departments that are specifically responsible for translations. While medium-sized companies (and smaller) often have a need for translated text, (documents, brochures, web-site etc.), they don’t have the resources to have permanent staff purely for this task.

A common method is look to agencies, get some quotes and send it to the cheapest one. However, this approach is not without its problems.
It isn’t my intention to slam agencies and there are situations where they absolutely shine. For example, if you have literally millions of lines that you need translated or need text translated into several languages. But for bilingual web-sites and documents, I believe that a freelance translator can provide a better service.

What are the potential pitfalls with agencies? 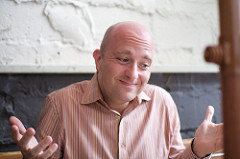 Agencies may show you impressive CVs. Unfortunately for you, there is no guarantee that any of those people will actually be involved with your translation.

You might be really happy with the translation, but the translator is not available for future work. You run the risk of style changes between documents. In the case of longer texts, there might be unwanted style changes within the same document, because it was split between several translators.

Agencies will often pass work around if they don’t have the capacity. This means that 15 different people might translate your 10 files. This is not a good way to ensure consistency.

Also, the people who are translating these documents are quite ‘removed’ from the customer. There is no real sense of any sort of relationship with them.

Your contact at the agency may only speak your source or target language, but not necessarily both. This will hinder communication.

Let’s not forget that agencies also need to make a living and therefore the value chain is longer.

A much better alternative is to find freelance translators

You work directly with them, which means you build a relationship.

They actually care about you and your company and you care about their well-being.

If you and the translator are geographically close, you can meet up with them to discuss matters. This is much more effective than emails and telephone calls.

They get a much better feel for what you do and how you do it. The result is that the translated material is stronger.

There is also a great level of consistency, as the same person does your translation.

They speak both source and target language fluently, which makes discussions about the translation much easier.

For general translations, you pay less than an agency.

Highly specialised translators aren’t available via agencies – they don’t use them.

How to find freelance translators?

So you’re convinced that you want to find freelance translators, but how can you actually find them ???

Most freelancers have some sort of internet presence, whether it is their own web-site, on a translator site such as ProZ, TranslatorsCafé. Many are active on professional networking sites such as LinkedIn, Xing, or even on social media sites like Facebook and Twitter. There may actually be too many places that they can be found and no freelancer will have a meaningful presence on all of them. This could actually make finding the right one for you potentially awkward. Most freelancers don’t have huge marketing budgets like the larger agencies and so tend to get drowned out.

Freelancers can and do attend events. For example in Germany, Xing organises monthly gatherings in many towns. Some of the more daring colleagues have been known to visit trade fairs in order to contact companies.

Twitter has several hashtags for translators (common ones are #translation, #xl8, #t9n, #l10n). Feel free to use the internet search tool of your choice to find more.

Don’t forget the telephone book – a basic listing is usually free of charge and freelance translators do use this. Sometimes the simplest option is the one that works.

You know a translator, but not for your required language pair?

There is another sneaky option, if you already know a translator. If they don’t offer your required language combination, they probably know someone who does. They are happy to make the connection, for several reasons.

Because the recommendation is a personal one, they will be sure to mention people that are professional and serious. They really don’t want to risk a dodgy recommendation coming back to bite them in the bum.

It is worthwhile learning how to find freelance translators. This can save you money, while increasing quality. If that’s not a win-win, then I don’t know what is!

You can find out more about which cookies we are using or switch them off in settings.

This website uses cookies so that we can provide you with the best user experience possible. Cookie information is stored in your browser and performs functions such as recognising you when you return to our website and helping our team to understand which sections of the website you find most interesting and useful.

Strictly Necessary Cookie should be enabled at all times so that we can save your preferences for cookie settings.

If you disable this cookie, we will not be able to save your preferences. This means that every time you visit this website you will need to enable or disable cookies again.