How To Ruin Your International Reputation

This article is about the various ways in which you can ruin your international reputation.

Obviously, you don’t set out to ruin your international reputation.

When it comes to your online presence, for anyone who cares about their reputation, perfection is just about good enough.

Often, your website is the first thing that a new visitor will see and this first impression is vitally important.

If they get a good impression, namely that you’re a serious company, who values quality and pays attention to detail, you can build upon that initial good impression. However, if they get the impression that you’re a shoddy bunch, you may never even know about it, as they’ve clicked away to another site. You have been silently dismissed as an unsuitable partner. If they still contact you, you have an uphill struggle to convince them that you’re better than they think.

In addition to lost opportunity, this could also end up costing you money. This is because you find yourself getting too many unqualified leads from people that don’t understand the products, solutions or services that you provide.

You waste valuable time processing requests that lead nowhere. If you decide to ignore the requests for things you don’t supply or provide, the word will get around. As a result, you’ll most likely be crucified on social media. This is a very good way to ruin your international reputation.

Similarly, if you send them a poorly translated bid, with typos, spelling mistakes and inferior language, they are unlikely to take you up on your offer. A polished, professional bid is much more likely to be ordered.

So, where do these poor translations come from?

Of the many possibilities, I will list the 3 most common sources.

It’s free and does the job – what’s not to like?

Machine translations are really good for this sort of thing, but cannot replace a proper translator.

Do you want your visitors to have a rough idea of what you do? Or would you rather impress them?

Staff who can speak English well, as a foreign language

You know the situation: a colleague speaks English well, understands English films and doesn’t starve on holiday in English speaking countries. This is good, and they should be proud of their ability to do this. But let’s be very clear –  it doesn’t replace a native speaker.

Their formulations can be understood, but it’s not anything that a native speaker would say. If you’re unlucky, incorrect idiom use leads to misunderstandings.

Bear in mind that people tend to over-estimate their foreign language capabilities. When their boss is asking, the definition of ‘speaks English well’ is especially subjective and varied.

These agencies have one selling point, namely price.

They are usually based in China or India and often use local, non-native speakers for the translation. Alternatively, they use cheap online portals or mass emails and try to get translators to do the work for starvation pay.

You can guess the quality that is delivered by someone who is willing to work under these conditions. Often it’s fed through google translate and scanned quickly for the very lowest hanging fruit.

If you’re really unlucky, you will have put your trust in some shady European agency who farmed your work out to these ‘Chindian’ agencies, charging you the full price and giving you poor work in return. 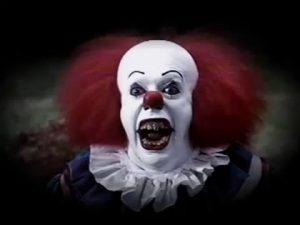 Obviously, you won’t ever set out to intentionally ruin your international reputation in this way. In a future article, I’ll go into details about how to avoid these pitfalls, while reducing costs and increasing quality.

You can find out more about which cookies we are using or switch them off in settings.

This website uses cookies so that we can provide you with the best user experience possible. Cookie information is stored in your browser and performs functions such as recognising you when you return to our website and helping our team to understand which sections of the website you find most interesting and useful.

Strictly Necessary Cookie should be enabled at all times so that we can save your preferences for cookie settings.

If you disable this cookie, we will not be able to save your preferences. This means that every time you visit this website you will need to enable or disable cookies again.